Sales Training Article: How to Make Sense of Vague Advice

After graduating from college, IBM spent a 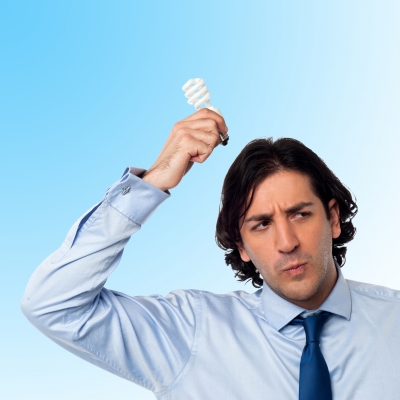 year teaching me about computers for the SMB market, business fundamentals and selling skills. In retrospect they provided a great amount of knowledge but it was left up to each seller to decide how to make calls on owners or executives of small businesses to have them consider migrating from manual ledger cards to automated systems. It was a mountain to climb.

My sales manager frightened new people into making the prescribed number of calls, but did little to impact the quality of calls that we made. When he made calls with me, little skill transfer took place. It wasn’t Jeff’s fault. Like many sellers he couldn’t describe in adequate detail HOW he sold. His approach was intuitive and differently every call.

I’ll never forget the advice he shared after assigning my quota and territory:

It was like Curly in City Slickers telling Billy Crystal to find the one thing that was important in life. When asked what the one thing was, Curly’s reply: That’s for you to find out!

Jeff’s advice was of absolutely no use to me. The first few months I made terrible calls on business owners in my territory. IBM taught me about hardware and software and I mistakenly thought my job was to educate buyers. They had neither the time nor inclination to be educated. I struggled to get traction or mindshare with them.

Three months into my sales career I took a step back over a weekend and tried to figure out why a small business owner would buy a computer system. Some scotch was involved and ultimately the epiphany came. Business owners wanted reports (billing, inventory control; accounts receivables, sales analysis; accounts payable, general ledger; etc.) so they could improve bottom line results. Hardware and software were nothing more than means to an end and business owners didn’t need (nor want) to know all the esoteric details.

I had mistakenly believed I was selling computers. I should have been selling computing that could provide information. Jeff’s cryptic advice now made sense. I realized the first step in selling was getting buyers to realize their manual processes were labor intensive, but more importantly were holding the business back.

Calling on senior executives is about uncovering desired business outcomes and discussing product usage rather than product. After my weekend of reflection, things improved. Jeff recognized my pipeline was growing. As a result he dispensed his second piece of advice: Plan your work. Work your plan.

This gem was easier to decipher but far less helpful than his first, albeit cryptic advice.