How to Survive the Stress of Q4 and Make Your Number

Since we’re well into Q4 now and you’re probably losing your hair trying to figure out how to make the year-end crunch, see if this story sounds familiar.

Going into the fourth quarter, a division of a large company had a chance to book $300M for the first time. In December, the SVP of Sales told everyone to do “whatever was necessary” to achieve that number. And they did. The next year the division’s revenue target increased to $360M.

The problem: They effectively had a 10-month year because the pipeline had been drained in December. First quarter revenues were predictably disappointing. In April, the CEO and VP of Marketing were fired.

This story had a partially positive result in that they exceeded the stretch goal but paid the consequences the next year. Many organizations and sellers push hard in Q4 and ultimately come up short. Here are ways to minimize fire drills at year-end.

Dust Off Your Math Skills

My first suggestion is that sellers divide their annual quotas by 12 to track progress a month at a time. Train wrecks happen over time, so whenever a seller is less than year-to-date (YTD), adjustments in activity should be made to make up shortfalls that exist.

Sellers and managers tend to look in the rear view mirror of what has been closed YTD. The more important view is through the windshield. It’s a matter of knowing a seller’s current position, but more importantly, understanding where they’re headed. Assuming CRM software can capture historical close rates at each pipeline by rep, a projection can be made a sales cycle in the future. If this data isn’t available, close rates can be estimated and plugged into some simple math.

Doing these calculations every month will provide a clearer picture of what has to be done to optimize the chances of achieving quota. If a seller is higher than YTD, the target for pipeline remains $600K.

What can you do when you have a significant shortfall in the fourth quarter? Avoid developing “happy ears.” A seller that is 37% of quota going into Q4 can usually manufacture a way to make the performance club. Often this requires unreasonably optimistic conclusions about opportunities that aren’t actually qualified. Instead, take a realistic view. For those opportunities that can potentially close by year-end, consider doing the following:

Just like right now in year-end, there will be times when sellers need transactions in short timeframes — but as shown in the story shared earlier, significantly emptying pipelines in a short timeframe will usually create future repercussions. So make it the exception rather than the rule. 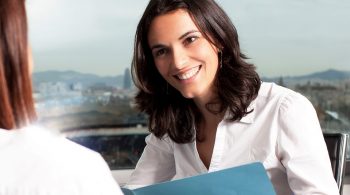