Sales Training Article: How to Take Stock at Mid-Year 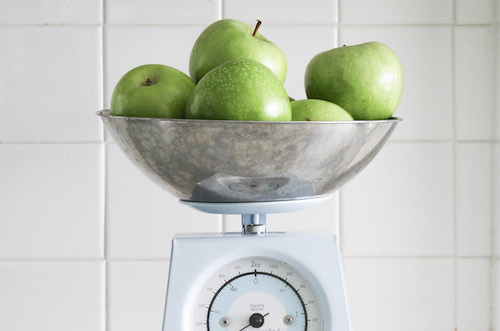 In a way it’s astounding how much leeway salespeople are given in how they go about making calls and making their numbers. In many companies, selling is considered more an art than a science. Sales calls are as unique as snowflakes. I find it ironic in light of the varied approaches to selling that measuring performance is so precise. Seller achievement is calculated to decimal places throughout every year by dividing YTD revenue booked by YTD quota. The journey is uncertain but the desired outcome of clients paying invoices is clearly defined.

Analogous to a baseball player’s batting average, percentage of quota is the way sellers are stack ranked, evaluated and considered for promotions. Baseball players and sellers performing poorly halfway through a season or year are convinced major improvements will take place in the second half and they will make up ground.

I often had to make up ground while attending college. I realize now I was a “just-in-time” learner. That’s a euphemistic way of saying there were many semesters that I spent early morning or late evening hours cramming. Part of my excuse is that I attended a cooperative school. After freshman year there were four additional years to earn a degree, each with 6 months of school and 6 months of work related to my major. It became clear that working full time in Poughkeepsie, New York was no day at the beach. In the first few weeks back in school in Boston I had a habit of freeing up my calendar for relaxation by deferring my studying.

To have that flexibility I tried to avoid professors that collected homework because that required staying current in their courses. I’d get where I needed to be at my own pace. That often required cramming for midterms and finals. At times it was stressful but worked for me. I received my degree in mechanical engineering just before launching my career in Sales.

The reason I raise the issue of cramming is that many sellers go through quota years in much the same way I went through college. You won’t find a more optimistic salesperson than one that enters the fourth quarter at 36% of quota YTD. He or she is convinced (and hoping their manager is convinced) they can and will make their annual number in the next 90 days. By October 31st they’re at 41% YTD. On November 30th they’ve reached 50% YTD. Somewhere in mid December at 54% of their annual quota they realize its time to push business into January to jumpstart next year.

As a sales manager, I learned a long time ago that train wrecks happen a month at a time. Looking in the rear view mirror at YTD achievement means you’re tracking a lagging rather than a leading indicator. Doing some simple math on a monthly basis can allow a sales manager and a salesperson to do some sanity checking as to the likelihood of attaining quota for the year. It amounts to a glance in the rear view mirror (YTD position) and a focus on projecting future performance.

Let’s assume a seller has an annual quota of $3,000,000, an average sales cycle of 4 months and a 33% chance of closing opportunities in their pipeline. That means to track at quota during a single sales cycle the seller must close $1,000,000. Because there is a 33% closing rate at any given time the sals manager would like to see $3,000,000 in pipeline opportunities.

Regardless of how much a seller is above YTD, the minimum pipeline target will remain at $3,000,000. Let’s say, however, as of January 31st a seller is $50K below YTD. That shortfall must be tripled (to $150K) and added to the base so that the new target moving forward will be a to have a pipeline of $3,150,000. The target ratchets up when sellers fall below quota.

As you can imagine, sellers less than YTD should focus on finding new opportunities (whether they be prospects or add-on business). By doing this each month the seller and manager have greater visibility and hopefully ample time to take corrective action so that cramming at the end of the year can be minimized.

There are two powerful levers that can reduce the target pipeline amounts. In the example above if the length of sales cycles could be reduced to 3 months (i.e. by starting opportunities at higher levels) and the win rate could be increased to 50% (i.e. with more stringent qualification) the target assuming a seller is YTD would be $1,500,000 rather than $3,000,000!

There are other ways to calculate pipeline targets. For example, if historic flow business from an existing territory generates $1,000,000 each year the seller and manager may want to do calculations on the seller finding $2,000,000 in new business during a given year. If your offering uses a SaaS model, the numbers have to be tweaked accordingly because revenue will be spread out over the current year (and possibly in future years).

Managers should be aware that beside the fact that quotas may vary by salesperson the win rates and length of sales cycles are often different as well. You may have to look back within your CRM system to find actual numbers, or make intelligent guesses that can be monitored and adjusted over time.

One of the advantages of having these targets in place for every seller is that you can go from an individual to an enterprise view. From first line sales managers, district managers, regional managers and up to the CSO, the target pipeline will be the total for all sellers that report up the chain of command to a given title.

Most sellers are now halfway through 2015. This may be an opportune time to have a look at where you are year to date and project a sales cycle ahead to optimize the chances that you’ll meet or exceed your number without having to cram. Oddly enough even if cramming is successful in meeting an annual quota, it often means the following year is effectively only 9 or 10 months long as you start in January with little or nothing in the pipeline.

In the interest of full disclosure, I want to share decades later that it’s likely some of my grades in college could have been higher had I not crammed.