Two decades ago tradeshows were in 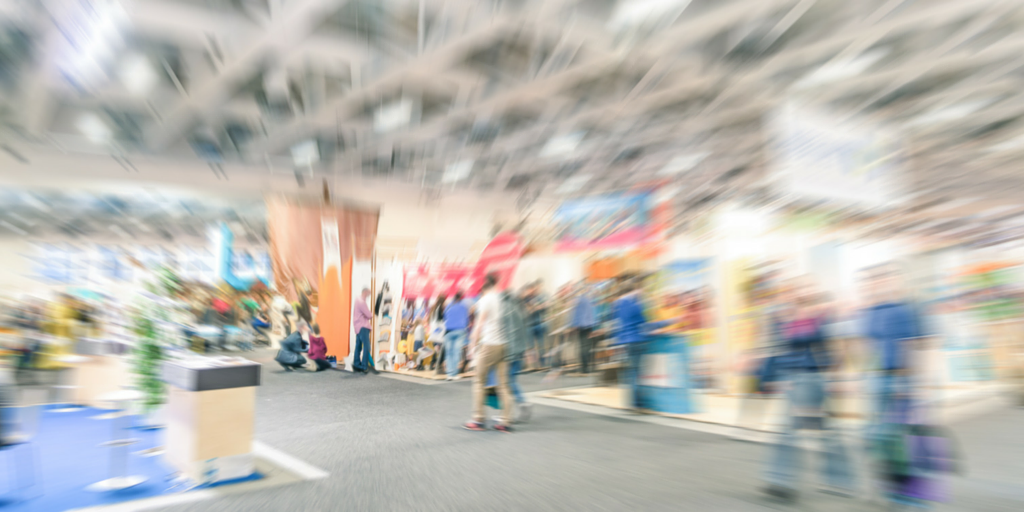 vogue. Especially technology companies who enthusiastically spent millions of dollars from renting space, setting up booths, time and travel for personnel to staff them, collateral, demo equipment etc. Few vendors gave thought to the fact that the vast majority of attendees were interested in products. People visiting booths had little or no desire to learn about what if any potential payback or value could be realized. Visitors to booths were not executives and were unable to fund unbudgeted initiatives.

The true beneficiaries of these tradeshows were vendors that had hot, disruptive technologies. As Geoffrey Moore (Crossing the Chasm, Inside The Tornado and other books) would tell you, Early Market buyers tend to find you. Many times they realize potential areas of benefit that the vendor itself was unaware of. Finding or being found by Early Market buyers (Innovators and Early Adopters) is a rare case where leading with offerings is the right thing to do.

Mr. Moore would also tell you that 80-85% of the potential revenue for offerings would come from Mainstream Market buyers (Early Majority, Late Majority and Laggards). These people and companies aren’t ready to buy until:

In stark contrast, Early Market buyers readily take risks with unproven offerings that offer strong payback. They believe implementing offerings early can provide competitive advantages. Mainstream Market buyers fear making mistakes and wait until it appears an offering has become or appears to have the potential to become an industry standard. Chances to “boldly go where few have gone before” will paralyze them with fear. Evaluations will be deferred until several other companies have bought. A frequent outcome when Mainstream Market buyers evaluate Early Market offerings is “no decision.”

Following up on the “treasure trove of bingo cards” for tradeshows that drew technical staff was a horrible misuse of sellers’ time. Some visitors visited booths because they were enticed by trinkets or T-shirts (or what we call “adult trick or treating”). In the clear light of day these were poor entry points with people that couldn’t buy, were primarily interested in offerings and had little or no interest in potential value. The net results were “bottom-up” sales campaigns where sellers struggled to gain access to people that could see value and find budget.

I’ve always despised tradeshows. In my sales career I had the misfortune of having to man booths a few times. It felt demeaning and was tremendously unrewarding. Later, on behalf of my clients as a sales consultant, I hated tradeshows because they confuse activity with progress and seldom deliver the desired bump in top-line revenue.

Fast forward to today. Thankfully tradeshows aren’t nearly as common as they once were. Sadly, they in many ways aren’t necessary because they’ve been replaced with a cheaper medium: Website “leads” in my mind are electronic bingo cards providing the same low entry points and low close rates.