Image courtesy of Franky242 at FreeDigitalPhotos.net 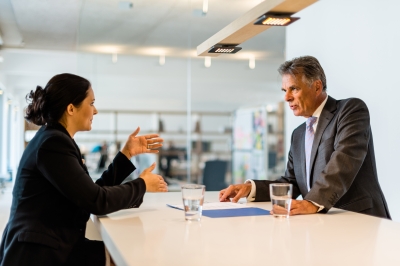 The stereotype of sellers is nearly universal. The exception I’ve seen is Eastern Europe. Before starting a workshop in the Czech Republic a few years ago, the CEO made me aware that there were no salespeople under communist rule. With the advent of capitalism the job became necessary. Selling was viewed as a desirable career. The stereotype did not apply.

For the rest of the world, who hasn’t had a bad experience with a seller that took advantage of them with lies, hype or omissions? I suspect many of these situations occurred early in our lives in transactional B2C purchases but the stereotype is liberally applied to B2B sellers.

If you doubt the underlying mistrust of sellers, imagine going into an electronics store to buy a new sound system with no idea what you needed or what was available. A clerk asks: May I help you? Despite desperately needing help, 90+% of people respond: No. I’m just looking. This knee-jerk response is caused by the perception that sellers are more concerned about commissions rather than buyer needs. The stereotype is alive and well.

Making calls with an objective of selling a specific offering causes tunnel vision. If you’re a hammer everything looks like a nail. Sub-optimal experiences for buyers abound. Vendors and sellers don’t seem to realize people prefer to buy rather than be sold. A better objective would be to determine if buyers have a need for your offering. In B2B selling this would be a business outcome with inherent value to the buyer (higher revenue, lower costs, higher margins, etc.).

Once a need is identified sellers should refrain from telling, which amounts to selling. Instead focus on asking diagnostic questions to determine which features of your offering are relevant to the buyer. The last step is to ask the buyer if they had the relevant features, could they achieve the desired outcome. Asking facilitates buying.

A first step in avoiding the stereotype is to scrap the notion that selling is convincing, persuading and overcoming objectives. It would be better for everyone involved if the objective of sales calls was to empower buyers to achieve outcomes through the use of a seller’s offerings. Superior salespeople help buyers buy.