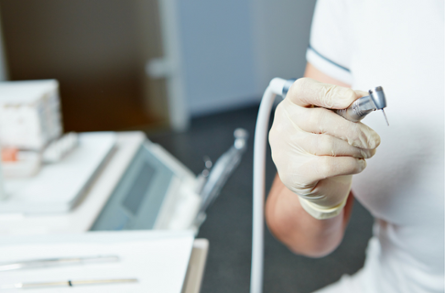 How many salespeople do you know that are terrific in meetings with prospects, but woefully inept at getting in the door?

Prospecting/business development (bus dev) is one of the hardest parts of a salesperson’s job. When asked whether they’d prefer to spend a full day doing Bus Dev or having a root canal, many salespeople would at least think about asking whether the dentist would use anesthesia.

Part of the phobia has to do with the low percentage of conversations sellers have as a result of bus dev efforts. There are statistics that it takes more than 20 attempts before talking to a buyer. Rejection leads to discouragement. My belief is that happens because:

An American Marketing Association study concluded on average it takes 7.2 attempts before reaching an executive. The study went on to say that the vast majority of sellers give up after a maximum of 3 attempts.

A few suggestions about improving your odds:

1. View bus dev as a process rather than a sporadic activity. Define a series of touches over a fairly finite period of time. If you believe the AMA study, why not plan 8 touches over a 2-week period?

2. Think of individuals rather than companies as prospects. By that I mean think of different titles that are high enough to fund unbudgeted initiatives.

3. Develop a list of business outcomes that can be achieved through the use of your offering. Consider leading with a different issue in each of your touches. 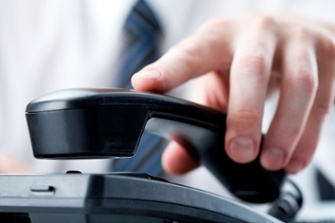 4. Use phone and email touches concurrently. For example, 8 touches can be broken down to an initial phone call that will result in:

a. Talking with the prospect by leading with a business issue in a 30 second or script.

b. Leaving a voicemail mentioning the issues you wanted to discuss and telling the buyer you will be sending an email with a quote or a success story from a client with the same title as the prospect.

c. Speaking with the Admin where you could offer to send a one-page email with a menu of business issues that you feel are relevant to the targeted title. The Admin’s job is to filter salespeople. If you treat them with respect and ask if any of the issues would warrant a conversation, it is likely they will grant you access. They often keep the executive’s calendar and you can schedule a phone call or meeting.

5. Decide on the frequency of touches. Often it is necessary to get leave voicemails and send emails to buyers multiple times. After 4 attempts (which could be 4 voicemails and 4 emails) it may be time to stop trying to contact a person. There is a fine line between persistence and annoyance, but keep in mind that doesn’t preclude you from targeting another Key Player within the account.

6. Consider blocking specific times for bus dev activities each week. Monday morning is likely to be a bad time. Mid to late Friday afternoon may be a good time in that most sellers aren’t calling then and companies don’t usually schedule meetings (the bane of executives’ schedules) in this time period. Be sensitive to business cycles. For example I’d avoid trying to contact VP’s of Sales during the last 2 weeks of a quarter as they are likely to be focused on getting transactions closed to make their numbers.

Business development is a leading indicator of future performance from individual salespeople all the way up to the corporate level. The ability to disqualify low probability opportunities and make your numbers is largely a matter of the number and quality of new opportunities that enter your pipeline every month.