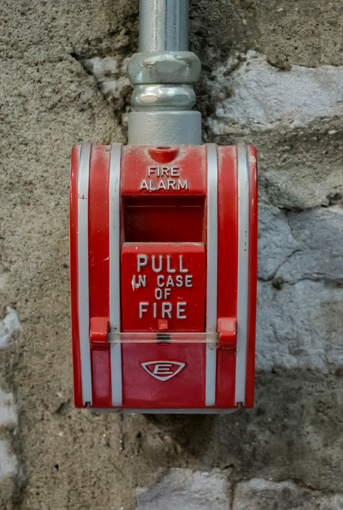 When trying to get to the end of sales cycles, sellers always seem to be in a hurry. In stark contrast, buyers frequently drag their feet before making decisions to spend money. Consider how often close dates slip for opportunities in the forecast. This discrepancy in decision timeframes can cause sellers to close prematurely, offer discounts to accelerate decisions and pressure buyers. In extreme situations, deals can be lost. It often comes down to the seller’s or vendor’s agenda of needing to book orders at month, quarter or year-end.

I’m consulting with a client and recently was discussing a $500,000 software opportunity in a seller’s pipeline that he hopes to close by year-end. There are four internal organizations whose senior executives comprise the buying committee along with the CEO.

The vendor offers a platform to integrate all operational aspects and allow IT to provide real-time dashboard views of the business. The platform being considered supports all the different applications being used with tested API’s that would allow the implementation and cut over to the new system in less than a month.

The CIO is a potential adversary. He has talked about having his staff design and build a platform from the ground up to integrate their existing software. The seller and I agreed it makes no financial sense to go the “homegrown” route. The fact is that it’s an option being considered and can’t be dismissed out of hand.

My first question for the seller: Have you established the cost of delay?

He didn’t understand my question so I asked if he had quantified the potential savings from the perspective of each of the Key Players in the buying committee. He said the payback on his software had not been fully itemized but that it would be a “no brainer” financial decision. I encouraged him to drill down with each executive to identify key business metrics, establish baselines (where they are today), have them estimate what improvement could be realized and wherever possible, quantify the value. He’s in the throes of doing this with the objective of creating an enterprise-wide view of the potential value of his offerings.

Let’s assume the seller can help the executives identify a savings of $250K per month and that it would take one month to migrate to the new platform. The question then becomes how long it will take IT to design, code and test an entirely new platform, understanding their staff will have to continue supporting end users and legacy systems. If IT’s estimate is more than three months (how often are new applications delivered on schedule?) it would be possible to buy the existing offering and replace it when the new software is ready.

An interesting thing happens when buyers are aware of the cost of delay (how much potential value they’re losing each month). This strategy can be used to combat “no decision” outcomes when buyers decide to build things themselves or merely determine they don’t want to spend the money now. Realizing that every month of delay costs company money is a motivator for committees to make decisions sooner rather than later.

Many sellers wrongly believe they compete only with other vendors in their space.The reality is all vendors compete for a finite pool of funding. Before spending budgeted money, people in finance will reallocate funds if another vendor offers a more compelling cost vs. benefit or ROI. An added benefit of determining cost of delay is that buyers join sellers in wanting to reach the decision point. This perceived internal pressure for buyers to act is more effective than the external pressure of sellers desperately trying to get orders on their timeframes. It also puts sellers in a better position to negotiate if pressured on price.

My advice is that sellers should be wary of the potential for no decision/homegrown outcomes. Helping committees create a compelling cost of delay is an effective way to proactively increase the chances of winning the business.