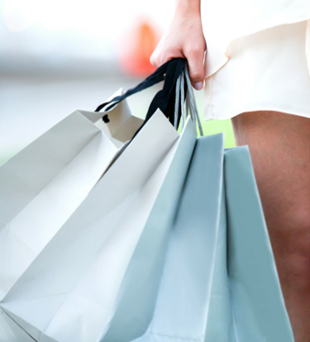 During the 90’s rash of technology buying, tradeshows peaked as events that “buyers” flocked to. A significant portion of Marketing’s budget was allocated to renting booths, filling them with demo equipment and flying in staff from headquarters and the field to address the onslaught of visitors. Smart vendors tried to get their booth near the entrance to maximize flow and offered bags that were useful to visitors.

The bags were necessary for collecting the various trinkets emblazoned with company logos that helped attract visitors. There were T-shirts, flashlights, Nerf balls, sunglasses, etc. that could be gotten, often in exchange for filling out “bingo cards” with contact information that were ultimately distributed as leads to salespeople. It resembled adult trick or treating.

For companies with hot new technologies, it was appropriate to lead with product demos in attempts to have early market buyers find them. For most vendors, booths attracted potential users whose sole interest was learning more about products. Buyers had little interest in the potential value of offerings and few had any buying authority.

A telecommunications company I was working with came to the realization that these “bingo cards” were mostly a great drain of sellers’ time and asked me for help in upgrading the entry levels they might achieve at a show they had already committed to. I suggested printing T-shirts and offering them in exchange for visitors filling out a questionnaire that posed the following question:

The last time your telecommunications network went down, who (name and title) complained the loudest and how was their business day was interrupted?

By using this “quid pro quo” approach, they were able to enter companies at higher levels with some understanding of what value their offering could bring.

Thankfully, interest in tradeshows has waned. They cost a great deal of money and continued to cost vendors valuable seller time in trying to follow up leads. The approach suggested to my client about the questionnaire recognized visitors were lookers rather than buyers.

One of the reasons tradeshow popularity faded is they have been replaced by Websites. How many of the “leads” being generated today are nothing more than electronic bingo cards that will yield low close rates? History has a way of repeating itself even if the medium is different.