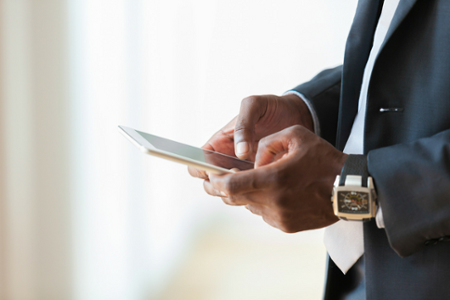 “Can you send me a brochure?”

Sometimes buyers want to get salespeople to leave them alone. An effective ploy is asking sellers to send information, a request that inexperienced sellers think is a positive sign. The problem is that it gives the prospect ways to put sellers off:

Awhile back I was working with a prospect that provided furnished condos as an alternative to hotel rooms for consultants or support people that had lengthy engagements in a location. He wanted to have his sales staff “up their game” and was considering two other sales training companies before we started our conversation.

I was at least twice as expensive as the other vendors and he was on the fence as to whether to spend more money than he had budgeted. We were going back and forth as I answered some of his questions, but there came a time when there was a lull in the conversation. He broke the silence by asking if I could send him a brochure.

I recognized that it was his way of blowing me off and my retort caught him off guard. I said to him:

“At this point, I don’t think a brochure is going to move things forward. What you’re really telling me is that we aren’t going to do business.”

Amazingly, he agreed. I suggested that we schedule a time to have another look at potential value and payback to determine if it was the right decision. As you probably suspect, he wound up becoming a customer.

If and when you have a prospect early on ask for a brochure, my suggestion is to respond that you have several offerings and in order to send the most relevant material or collateral you’d like to have a further discussion. In theory the buyer has expressed interest with his/her request and it is reasonable to ask for further discussion.

What appears to be an innocuous request can bring a quick end to a buying cycle.