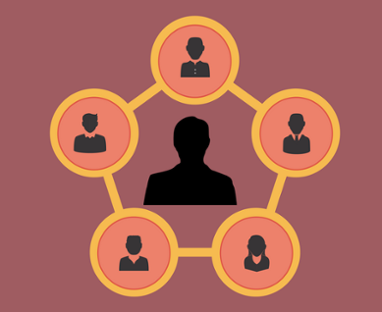 In our , we have students create a Sphere Of Influence for a prospect that a member of an evening case study team is working on. This document includes the titles of all the people a seller would have to call on if they were to sell, fund and implement a given offering as well as the business objectives for each person. Many students contact us after workshops to tell us they had closed the case study opportunity they had used during the class.

Senior executives know there is significant selling expense and effort required to acquire new customers. Retaining and growing revenue from the customer base is often assumed and we find some existing accounts may be vulnerable to competitors because customers are not given the same attention as prospects in many instances. This is especially true of accounts that are either dormant or generate minimal revenue. Attention levels are generally higher during the courtships versus after weddings.

Another potential area of concern would be any customer where the seller has one primary contact. Needless to say, the relationship with the account could quickly be in jeopardy if that person were to leave the company or be assigned to a different responsibility. If the primary contact is mid or lower level, a person joining the company at a higher level that has a relationship with a competitive vendor can mean the incumbent could readily be displaced.

A Sphere Of Influence is critical in getting business from a new account as well as existing accounts. Our suggestion would be on an annual basis that vendors and salespeople have a hard look at their existing customer base and evaluate the levels of contact that they have. Being “blocked” from higher levels sometimes occurs and can cause issues.

Our suggestion is to attempt to gain access by using different techniques:

Gaining access to a Sphere Of Influence solidifies your position within accounts by making it more difficult for competitors to make headway. The other major benefit is that cross selling or up selling is easier at higher levels where expenditures are less budget-constrained. Having higher-level contacts can also provide the ability to leverage peer-to-peer reference calls with prospects you are working with.

Acquiring customers is difficult. Establishing and maintaining contacts within a Sphere Of Influence is a good way to protect and grow your revenue within your customer base.