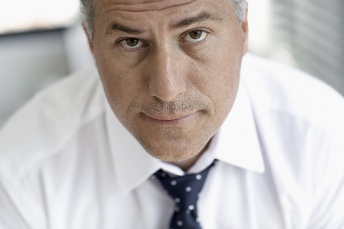 One of the fundamental concepts of CustomerCentric Selling® is that buying cycles begin when Key Players share goals or admit problemsthey’re willing to spend money to achieve or address. When they do, it is a watershed event because most executives won’t “share their dirty laundry” with sellers unless they have concluded they are sincere and competent.

It’s always been challenging for me to imagine 25 year old sellers getting 50+ year old Sales Executives to admit they’re missing revenue targets (vs. sharing they would like to drive higher revenue). That’s the major reason we chose to make our sales process goal vs. pain based. I hope you’d agree it would be easier for someone to get you to admit you could lose a few pounds rather than admitting you were overweight. During calls if buyers happen to admit pains, they are processed the same way as goals in terms of diagnosing and creating visions.

The major exception to this rule is doing business development. Research has shown people place a higher value on loss vs. gain. In the first 20 seconds or so of a prospecting call you will be more likely to gain mind share leading with problems (the inverse of goals). Once a goal has been shared (or a problem admitted) a buying cycle has begun.