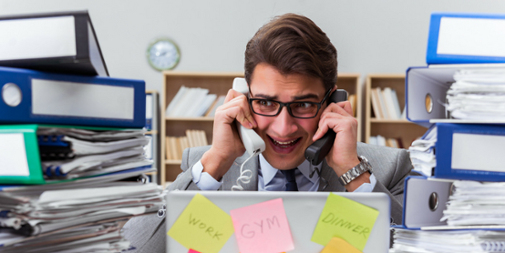 At the start of my sales career my manager set targets for me for how many calls per week to make, how many proposals per month to issue, the number of cold prospecting calls that should be made each week, etc. I was forbidden to be in the office between the hours of 9 AM and 4 PM. While this structure was helpful in most respects, Jeff dictated the quantity of work and even though I was unaware at the start, it was up to me to improve the quality of my efforts. The hope of all this activity was that it would yield quota performance or better.

At the start of the fourth quarter each year, the branch had weekly performance review meetings until everyone had made quota for the year. I subsequently learned my manager had a bonus for having every seller make the performance club. Some of the review meetings were brutal. Each salesperson had to discuss their top 3 opportunities. People soon learned that being honest during a meeting by saying you didn’t have 3 deals to discuss was unacceptable. Some of the most creative selling was done to convince the manager that numbers would be made.

As a sales manager I noticed something curious…

Sellers that made their numbers had fewer, more highly qualified opportunities in their pipelines.

If you added up all of the transactions for a seller NOT making his/her numbers, it would approach the GDP of some small nations. Of course, the problem was that most of the opportunities weren’t qualified.

I believe the most significant thing a sales manager can do for sellers is have them realize the difference between activity and progress during buying cycles.

The worst possible use of a seller’s time is going the distance and losing to another vendor or to no decision. Pursuing opportunities that aren’t qualified can keep a manager off a seller’s back for a time, but not for the long term.

If a higher percentage of sellers realized the difference between activity and progress, pipelines throughout the world would yield higher revenue.