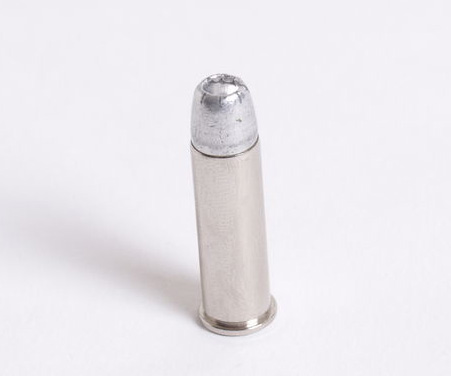 Most people have a deep-seated need to be perceived as a decent person. I’m convinced that many of the thankfully few miserable people I’ve had to deal with believe they are reasonable human beings. Ask someone if they’re fair in their dealings with others and nearly 100% will say “yes” and in their heart believe it.

Sellers have to overcome the negative stereotype to be perceived as being trustworthy. If successful in that, there is a potential silver bullet phrase that I’ve invoked a few times in my sales career. I wanted to describe one situation where it turned the tide.

I was in the leasing business and called on a manufacturing company where the incumbent was Comdisco, an industry leader at that time. They had signed a series of 2-year leases for IT equipment and allowed me to bid on the new configuration they wanted. In trying to unseat an incumbent I took an aggressive residual position, submitted a quote and by the buyer’s reaction it was clear that the incumbent had priced a very profitable deal. He said he “liked my number” and would get back to me in a few days.

When we next spoke, he told me Comdisco had lowered their pricing so that we were about equal and that the need to change vendors and negotiate a new master lease wasn’t an attractive option. It was clear he had shared my number with them.

In our initial conversation, I remembered hearing him say they would terminate their lease early. Knowing I now had no chance at winning this bid, I asked the buyer to explain. His said the company’s peak manufacturing volume was through the summer and they couldn’t afford outages, so they would terminate the lease in June even though it expired in October. I asked how long this had been going on and he said the last 4 leases had been 2-year terms. This meant they were paying 4 extra months rent and returning the equipment back to the lessor early. This allowed the incumbent to sell the returned equipment at a higher rate because it depreciates over time.

At that point I had an idea that could save them a lot of money, but couched it by saying that this was my idea and not to be shared with the incumbent. He agreed. I offered to quote a 28-month lease that would start in June and expire in October. This would provide a lower rate, but more importantly eliminate the need to pay 4 months extra months rent. He loved the idea and promised to get back to me. I reiterated his agreement not to allow the incumbent (who had 8 years to figure this out) to bid the same term.

Two days later and sounding a little sheepish, the buyer informed me that Comdisco had seen the error of their ways and had quoted a 28-month lease rate at about my number. At that point, I invoked the silver bullet phrase: “Joe, that’s not fair.”  There was a long silence before he agreed and I was able to displace an incumbent that had done a poor job for their lessee for the previous 8 years.

If and when appropriate if you get bad news, consider leveraging people’s need to be perceived as being fair (even to salespeople!). It might just get you a transaction that you deserve to win.