Image courtesy of Chaiwait at FreeDigitalPhotos.net 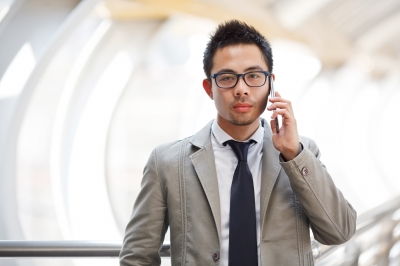 Ending personal relationships is difficult. I had a friend in college that was in and out of relationships on a regular basis. One day he shared with me that when it was over he had a foolproof way to end things gracefully and abruptly. He would simply say: “You deserve better. I’m just not good enough for you.”

Years later as I started in sales, I discovered buyers had a foolproof way to end sales cycles gracefully and abruptly. At first when prospects asked me to provide information I naively thought it was a step in the right direction. In most cases, after receiving the material it allowed them to say they reviewed it, now was not the right time and they’d get back to me. Game over, but they let me down easy because they said they were interested.

Several years ago, I had an opportunity with a CEO that was considering two very different approaches to training his sales staff. My offering was many times more expensive. I was on a fairly lengthy phone conversation, feeling Rocco was trying to justify the higher expense. About 25 minutes into a phone conversation, it became clear he wanted to end the call. He did so by asking me to send him some additional information.

This request took me back to my early days and caused me to challenge him about why he needed additional information. When he gave me a vague response, I asked: “Rocco, are you actually telling me that we aren’t going to do business?” The question just came to me and during a long pause I wondered if it had been too direct.

To both his and my surprise he said: “You know, you’re right.” At that point I suggested scheduling another call to have a hard look at the cost vs. potential benefit of implementing a sales process. As you can imagine, this had a happy ending and I got the business (blog posts aren’t often about bad outcomes).

Buyer-seller relationships are fascinating and complex. If and when buyers ask for information, try to hone in on exactly what they want and try to understand why. You’ll be better served not to assume that the buying cycle is moving forward.