Image courtesy of Worradmu at FreeDigitalPhotos.net

Years ago I worked on a transaction with an insurance company that was an IBM mainframe client. I had gotten a foothold into the account by selling them disk drives about 6 months prior. They were the only non-IBM devices in the entire Data Center. 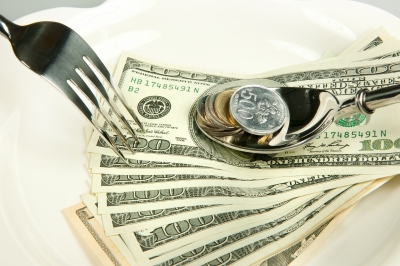 The client was experiencing performance problems because they needed more memory. That meant replacing their processor at a cost of about $6M. I had an offering that could expand the memory and defer an upgrade for about a year that cost $250K. What appeared to be a slam-dunk financial decision became a political situation. Things got complicated.

The IBM salesperson enjoyed a close relationship with the CIO, a person I couldn’t gain access to. My highest contact was the VP of IT who was a level below and was responsible for the Data Center. He made me aware that the IBM rep would likely not make quota that year if the mainframe upgrade order wasn’t placed.

The decision hung for about 3 weeks until the VP suggested having lunch to discuss where things stood. During the meal, the pros and cons were considered. Bill flip-flopped numerous times about whether to make a financial or political choice. When the bill came, he took it and said he would pick up lunch. Instinctively I took the check from his hand and told him as the vendor it was mine to pay.

The following week, I got the order. To this day I’m not sure exactly how it happened. That said, I’m convinced that Bill’s offer to pick up lunch was his way of saying: Sorry. You aren’t getting this order. I’m virtually certain IBM would have gotten the upgrade had I not bought lunch.

I sometimes tell this war story during workshops to make the point that selling is a combination of science and art. While CCS® tries to swing the pendulum toward being more of a science, there will always be the human element. Selling is complex and situational. Experience in reading buyers along with process is a hard combination to beat.