The scariest words you can deliver to a sales rep: Trim. Your. Pipeline.

The pipeline is the heartbeat of an organization, but it’s the lifeblood of a sales rep. It’s the fuel for hitting quota and making money.

So, why would anyone want to trim their pipeline? Shouldn’t we always chase more pipeline?

No. I’d like to argue a bloated pipeline is worse than no pipeline. (Almost.)

The Dangers of a Bloated Pipeline 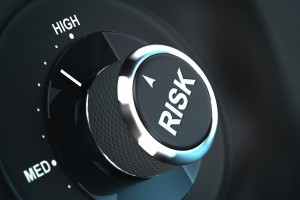 To dive deeper into the matter, let’s look at the ripple impact of a bloated pipeline:

As deals slip and wins are sparse, sales confidence dips with the sales rep, sales leaders, and even other departments like marketing and finance. This could lead to turnover – what rep wants to stay with you if they’re not succeeding?

Forecasts are used by reps, sales management, and executive teams to predict upcoming revenue, plan expenses, and make hiring decisions. Most importantly, forecasting is used to guide strategy and gauge success. Forecasts are always a best guess, but wildly inaccurate forecasts are dangerous and a waste of time.

How much time can you really devote to understanding a buyer’s needs, responding to questions and requests, and delivering a strong solution when you have 100 deals in the hopper?

In most companies, delivering a sale requires time and resources from multiple people and departments. Why have, for example, your legal team review contracts that have very low probability of closing? A bloated pipeline bloats the full cost of sale directly and indirectly.

What Management Thinks About Your Fat Pipeline 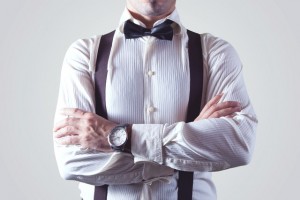 I spoke about this topic with Lance Davis, Primary Intelligence’s Vice President of Business Development. Lance has managed sales teams for more than 10 years at companies such as Novell, Concentrix, and Infor.

Lance highlighted a specific danger of a bloated pipeline that newer sales reps need to consider. “When I see a bloated pipeline, it tells me as a manager that the rep doesn’t value their time and doesn’t understand their business,” he said. “It’s a waste of time to review their pipeline each week because as a manager you don’t know what’s real and what’s not. It reflects poorly on the rep.”

Lance explained he would rather have a rep who closed three out of four deals than one who closed five out of 20. “Even though the second rep is technically closing more deals, their win rate is much lower and their forecast is not reliable,” he said.

In the end, Lance explained, a rep with a bloated pipeline is “only cheating themselves” and hurting their paycheck. “You only have a certain amount of time during the day. Why waste your time on unlikely deals?” he said.

Signs Your Pipeline Needs a Diet 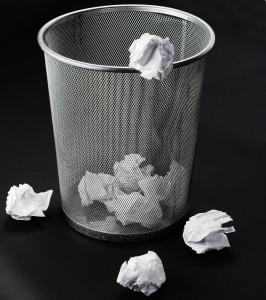 I asked Lance how he spots a bloated pipeline. “It’s full of deals that are not progressing,” he explained. “One metric I often look at ispipeline velocity. It tells you how fast deals are moving from one stage to the other. You expect bigger deals to take longer, but when smaller deals are moving at the same pace as those larger deals, you know it’s time to move on from the opportunity.”

Another sign of a deal that’s not progressing: the quality of the conversation. If recent sales activity is  stuck in the “checking in” phase instead of progressive conversations, the deal is in trouble.

I recently analyzed 10 of our lost deals in 2015. We had introduced demographic scoring to serve as an initial quality check on the likelihood of the prospect being a good match. The scoring was created based on known demographic characteristics of the “ideal client” (i.e.: common characteristic of our current strong clients).

Of the 10 lost deals, only 2 met the demographic scoring requirement. Imagine if the remaining 8 deals had been disqualified earlier. Could the time spent on those 8 unlikely deals have been ceded to more likely candidates?

This is an obvious but painful sign. Sure, many factors can contribute to a poor win rate that might be out of your control – competitive pressures, product issues, poor reputation, etc. – but when your win rate is lower than the company average, alarms go off. It’s natural to point the finger at your sales process and style, but it’s more important to ask: Was I really giving enough focus to these deals to have a chance to win? Was I stretched too thin? Did I ever have a chance of winning?

A common sign Lance told me he looks at is a high volume of low value deals. Every pipeline is full of a range of deal sizes, but when your average deal size is well below the average, Lance said it’s a sign you’re focusing on short-term wins rather than sustainable deals and customers.

In a recent Primary Intelligence analysis of more than 5,000 deals, buyers reported on average spending about the same time to make a $100k purchase decision as a $1M purchase decision. Put another way: it could take you just as long to sell $1M as it does $100k. I know where I would be spending my time. 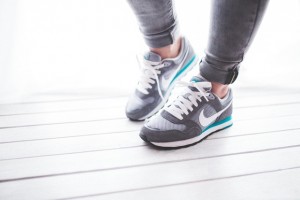 As you start the journey to a healthier pipeline, ask these excellent questions about every deal in your piepline, as created by Ken Thoreson of Acumen Management. Ken suggested they be a staple of every weekly forecast review meeting.