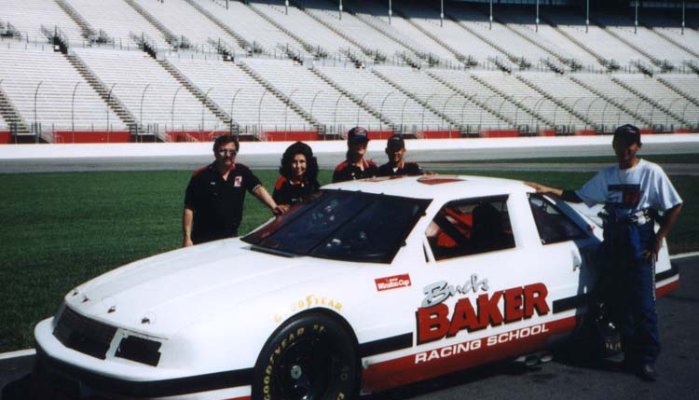 I recently received an inquiry from a consulting company wanting to subscribe to My CCS® Coach in order to “train their 300 consultants how to sell.” I initially faltered at the request, but I explained to the caller that My CCC® Coach is a ‘post workshop’ reinforcement application used by salespeople and managers to re-familiarize and reinforce the sales process and concepts that they learned and practiced in the instructor-led CustomerCentric Selling® workshop.

“Why do I need instructor-led sales training when I can simply jump online and get whatever I need?”

Years ago I attended a stock car driving school at Rockingham Motor Speedway in North Carolina. Former NASCAR champion, Buck Baker, father of famed NASCAR driver and television personality, Buddy Baker, conducted it. At the beginning of the class we attended an educational session about the car, the seat belt harness, driving suit, helmet, the high banked race track, the flags given by the flag man, where to enter and exit the corners at high speed, and where to pass, etc. He also explained how the actual on-track training would take place; we would follow an instructor and the flagman would signal which car was suppose to pass and when. Following that briefing, while I had been educated, I wasn’t a racecar driver. But I thought I was. I couldn’t wait to climb through the window and get behind the wheel of that 750 HP Chevrolet Monte Carlo. The entire class (all 6 of us) was eager to get going!

After lunch we headed out to pit row and were assigned our cars. Putting on the helmet, climbing through the window, and fastening that six-point harness went exactly as we were told. However, nothing that I learned in the morning educational session prepared me for what I experienced when I flipped the ignition switch and that car roared to life. I couldn’t hear a word my crewmember was saying. We had to resort to hand signals to communicate. The power of the engine made the car and me shake ‘comfortably’; after all it was a racecar.

The six of us pulled onto the track and began following our instructor. He set the pace. We did about a dozen laps at around 60 mph practicing where to enter and exit the turns. The car’s chassis and wheels are setup to go through the turns like they are on rails. However, the high banks and centrifugal force want to pull the driver out of the seat and into the right hand side of the car. It was a very strange feeling. Nothing you would know from watching a race on television. You have to fight to keep your head up straight. Additionally, because of the way the car is set up, when you exit the turn, the car’s natural tendency is to head right up to the wall. You have to hold on to the steering wheel and steer it to keep it off the wall. After a few hot laps (about 60 MPH vs. 150 MPH for NASCAR drivers) we came into the pits, were debriefed by our crewmember and flagman, and sent out onto the track again to continue to practice and refine our new driving skills. At the end of the day my neck was sore, my arms were numb, and I had an entirely different perspective of what driving a racecar is all about. Additionally, I concluded I can drive a car, but I’m not a racecar driver. I’m not.

How does this relate to the above question regarding instructor-led sales training? Anyone can read a book, watch a video, participate and become educated about selling. However to develop selling skills you have to practice what you have learned. You have to be trained. This requires an experienced instructor, practice, feedback following the practice, and continuous coaching. Simply said, the difference is in the doing.